"Shut up and work faster!"

A fierce gnoll that is never seen without his barbed whip. His eyes glint with red and are always shifting looking for signs of weakness.

Turold Torquil was not your ordinary East Mwangi Mining Company slave. Turold wielded the whip for his masters with glee. Originally bought for his strength to be used in the mine they found him to be much more useful intimidating the other slaves into doing their work. He seems to relish his new found freedom and found a new sense of purpose in leading the small group he was charged with looking after. So far he has managed to keep his temper in check but an edge can be heard in his voice if others do not follow his orders. Most of the former miners keep their distance but Turold has seemed to found a friend in Slizzath. 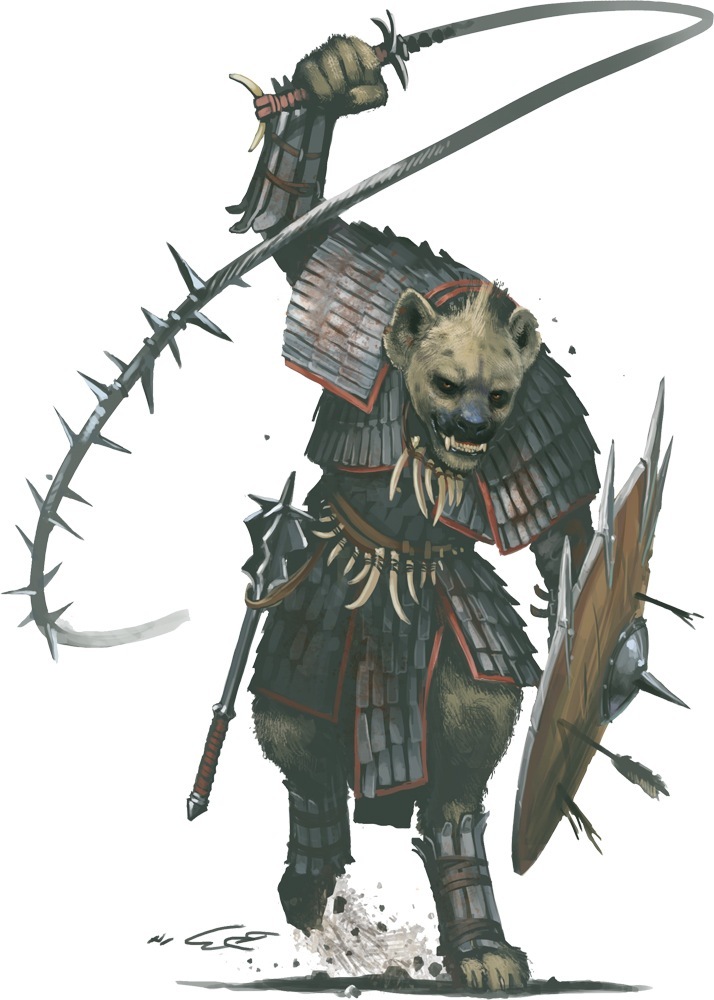