“Out of suffering have emerged the strongest souls; the most massive characters are seared with scars.”

This half orc half Zenj is never seen without his fearsome mask. An imposing figure covered in scars.

Abioye is the last surviving member of his jungle Zenj tribe. They declared war on the Bekyar but after many months of fierce battle his clan was overrun. He holds an eternal grudge against the Bekyar for not thinking him worthy enough to kill with the rest of his people. He is never seen without his mask and no one is sure what his face really looks like. Abioye has made a place for himself in the Empire Trading company among some of the other peoples from the jungle. Despite his growing prominence he and Imani Masego (another Zenj with a large following) give each other a wide birth. 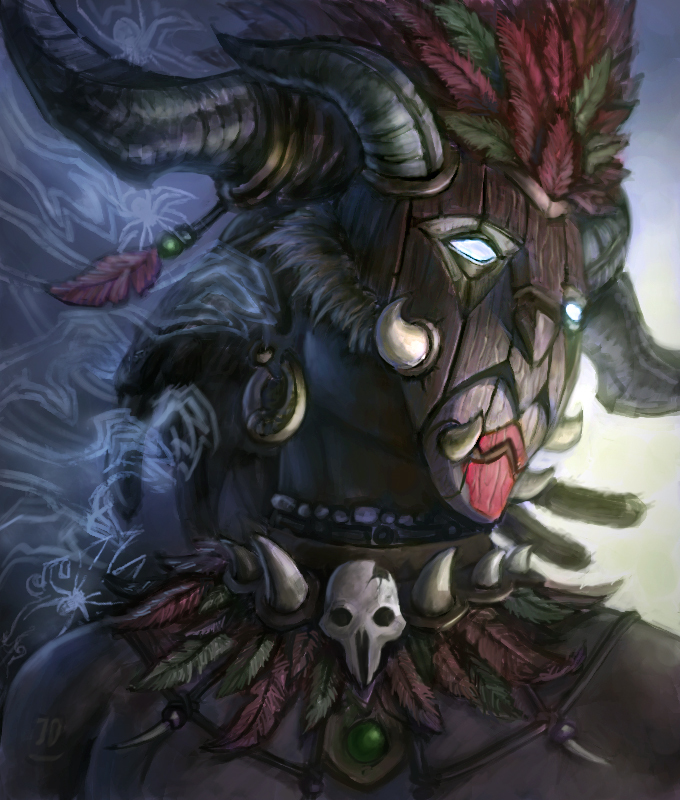