Calla is the middle daughter of the leader of the Ginsi tribe of halflings. She has her father’s gift of arcane power and is considered one of the more powerful caster’s of the village.

Unlike her father’s gift, she is more in touch with the water than flame. She is very carefree and easy going. She likes to hang out in and around Lake Madoro and can often be found swimming and playing in the water. She has very little responsibility in the village other than to help protect it in times of troubles.

Calla feels Zinnia tries to control everything just because she is the oldest, especially the docks and anything that has to do with the water.

Calla thinks that Delphine’s wandering through the woods is too dangerous for her young sister and wishes she would saty closer to the village.

Calla is proud of Ianthe and her many accomplishments with the scouts and enjoys the fits she gives Zinnia.

Calla likes how quiet Marigold is and that she will listen to everything she has to say. They spend a lot of free time together. 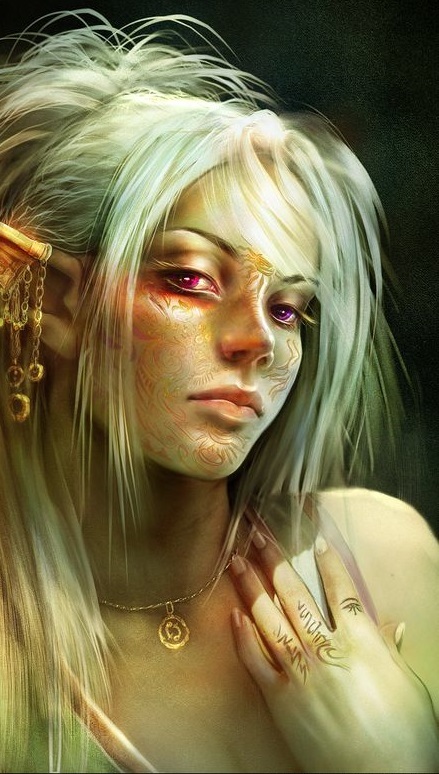