Delphine is the youngest of Baldo’s five daughters. She is helps maintain the plants that help protect the village from some of the larger animals of the plains.

Despite being the youngest daughter Delphine has a lot responsibilities on her shoulders. Not only is she responsible for helping maintiain the perimeter wall she is also one of the villages healers. She is quite serious about her responsibilities and often ventures alone into the jungle to collect new plant samples. It was on one of these trips she found a panther cub and named it Huisdier. After it grew Huisdier became much larger than other panthers but it follows Delphine like a well trained dog.

She gets along well with Zinnia and Ianthe, but has some difficulties with Calla, and Marigold.

She thinks Calla does not take enough responsibility in the village and is lazy because of her natural gifts.

She respects Zinnia and her skill with boats. They were born farther apart than any of the other daughters so Zinnia also helped raise Delphine.

Delphine idolized Ianthe as a child and followed her into the jungle whenever she got a chance. Ianthe taught her many things about the dangers of the jungles and used to bring her back gifts when Delphine was a child.

Delphine thinks Marigold spends too much time inside and worried about the cleanliness of their home. 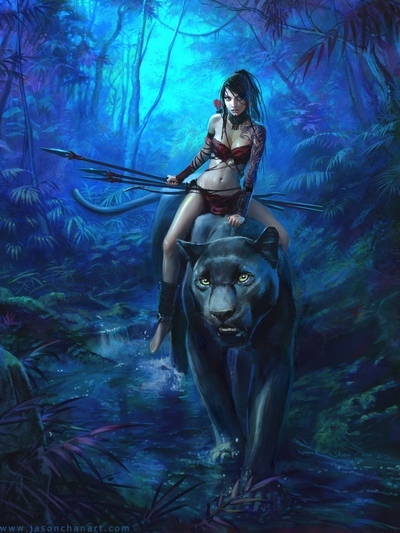