"The key to happiness is a good gun."

A grizzled old dwarf with white hair and a bad eye. Don’t let that fool you into thinking he is a bad shot. His remaining pale blue eye is better than most. He is always seen with a leather blacksmith apron and a gun he has somehow managed to secure from Jurin Kreed.

Durim is a blacksmith with a fondness for firearms. He forged them in the Shackless for decades before deciding to learn more of the trade from the masters in Alkenstar. He chartered a boat with his savings but it was seized by pirates on the way. From there he has been traded from master to master until he found himself in the Kibwe mines where he spent countless more years. Finally free he has agreed to become a member of the Empire Trading Company. His expertise has quickly earned the appreciation of Jurin Kreed and he has even acquired one of the few precious firearms from the company’s stock. 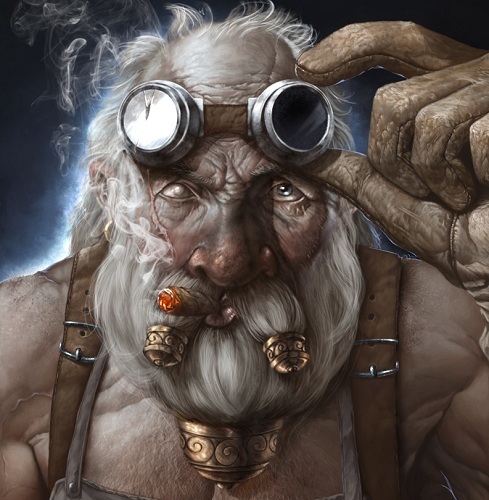