"Never forget; my money, my rules."

Jurin Kreed is a cunning, ruthless young man with incredible ambition. The son of Thuldrin Kreed, former Lumber Baron of the fallen Kingdom of Balaur in the North, Jurin had a difficult upbringing. His youth absorbed with constant physical, magical, and political conflict, he has honed his skills and lives without fear. While it’s not entirely known what happened to the Kingdom of Balaur, Jurin managed to escape just before the fall with the entirety of his father’s fortune. Jurin has since established himself on the Southern continent as one of the leaders in the trade of raw natural resources.

With his eyes set on new profits, Jurin has invested a substantial sum to become the lead founder of the Empire Trading Company, with the long-term goal of controlling the upcoming trade route from Alkenstar to the west. He brings with him Slizzath the Green and Rupert Buckles as his loyal supporters from the North, and will stop at nothing to make this project a success. 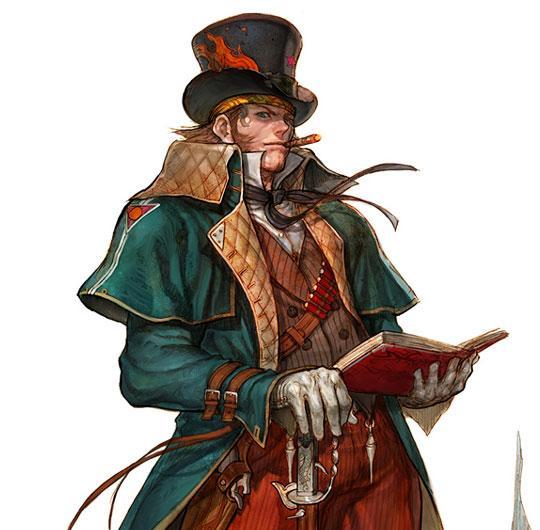