Towering in at just under 7 feet, “Mags” is an extremely imposing Ulfen woman. A few decades ago she was made the leader of a poorly planned expedition North from the Land of the Linnorm Kings. Despite protest, the clan leader insisted that there was untapped treasure. After months of struggle, the Ulfen raiding party had sailed beyond the Crown, around the world and made land in Geb. Mags does not speak of the journey from Geb to her recent home in the capital of Nex, Quantium; other than that she was the only survivor. Mags settled down in Quantium and learned the ways of Alchemy from the master instructors.

She has quite the soft spot for old Balbas, and has spent many years attending his lectures and tending for his cat Nester. Although she civilized greatly since her days as a raider, she remains a fierce warrior with a heart of gold. Mags joins the Empire Trading Company without hope of profit, but only to protect an old friend on his final adventure. 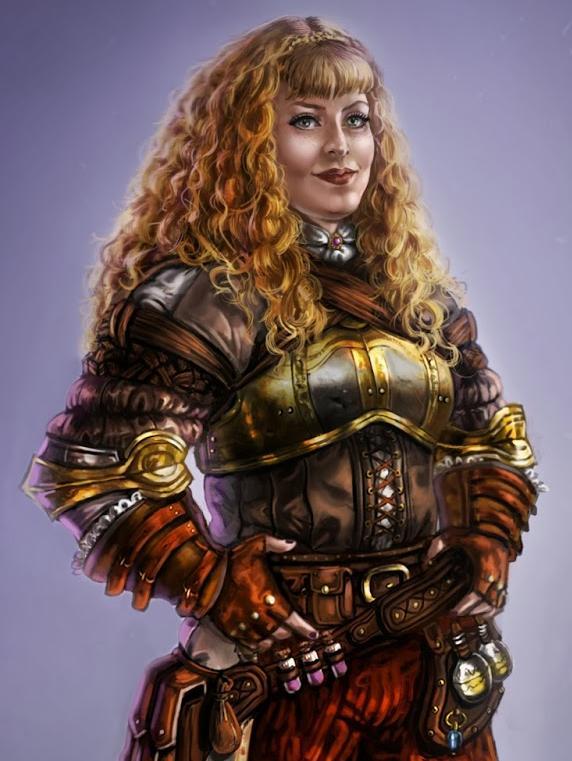