Marigold is the fourth child of Baldo. She has followed in her mother ad is one of the tribe’s higher priestesses.

She is seen as very out of touch with most of the other halflings in the tribe and can be seen talking to spirits that no one else can see or hear. She rarely leaves the village and spends most of her time indoors away from everyone else.

Marigold gets along well with Calla and Zinnia but doesn’t see eye to eye with Ianthe or Delphine. They spend way too much time out in the jungle and often bring dirt into the home they all share.

She finds Zinnia to be very responsible and when she ventures out of doors it is often to go and visit the docks and quietly fish with her oldest sister.

She also enjoys spending time with Calla because they both tend to have more free time than the other sisters so they have grown quite close. They also tend to practice their spell casting with each other.

She thinks that Delphine spends too much time in the jungle and is always bringing some dirty plant or animal into the house and leaves Marigold to clean up after it.

She has a lot of the same problems with Ianthe that she does with Delphine but also doesn’t think that Ianthe shows enough reverence to the spirits and puts too much faith in force of arms. 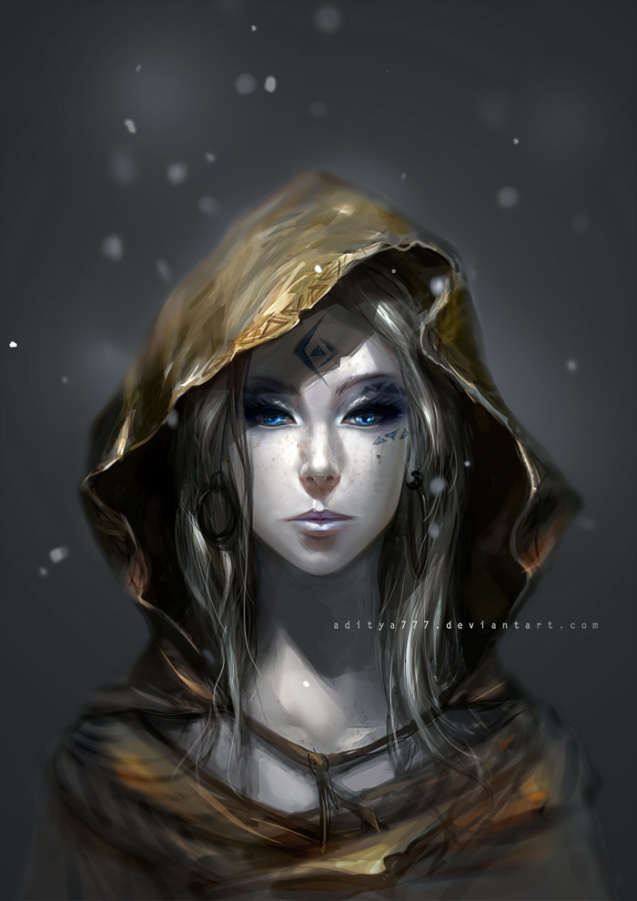