Once a proud Bekyar slaver and hunter of men, Maseeka was one of the Bekyar taken captive by Masani Unta and his Kango warriors as a part of his revenge pact with the demon Mezmazz. It was through luck that she was not chosen to be bait in the Stegopede trap, and through luck that she was chosen to be bait in Masani’s unsuccessful attempt at human sacrifice instead. After the carnage of the Battle of Madoro, she became convinced that it was Desna’s hand that brought Xelas Whisperwind and the other members of the Empire Trading Company to save them all. Now, she has devoted her life to the path of the new goddess Desna, whom she views as a landlocked aspect of Shimye-Magalla. 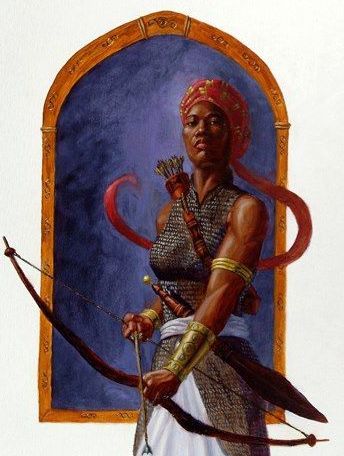