Rupert Buckles was the king of Mercenaries. Though not a gifted strategist or natural leader, he has the twin virtues that men actually care about: he wins battles and is loyal. A general once said, “Prudence is Rupert’s whetstone,” and his superiors regard him as the best they have for missions demanding a steady hand in a risky situation. Cautious to a fault and a shrewd judge of character, Rupert seldom allows himself to make a mistake. However, he has little understanding or need for divine influence. This blind spot sometimes leads him into trouble, particularly when dealing with priests or other servants of the gods.

Unusually reflective for a fighting man, Rupert possesses a natural reserve that many find off-putting. He takes his time to think things over before speaking, and if the silence looms around him like a cloud of menace, so be it. Though he has sought lessons and read books on how to make a better first impression, his scars and imposing size, coupled with the tendency to stand frozen like some predator in the grass the moment before it leaps, still leave people a little nervous. These traits are precisely why Jurin Kreed bought his loyalty some years ago, and has not regret it once. 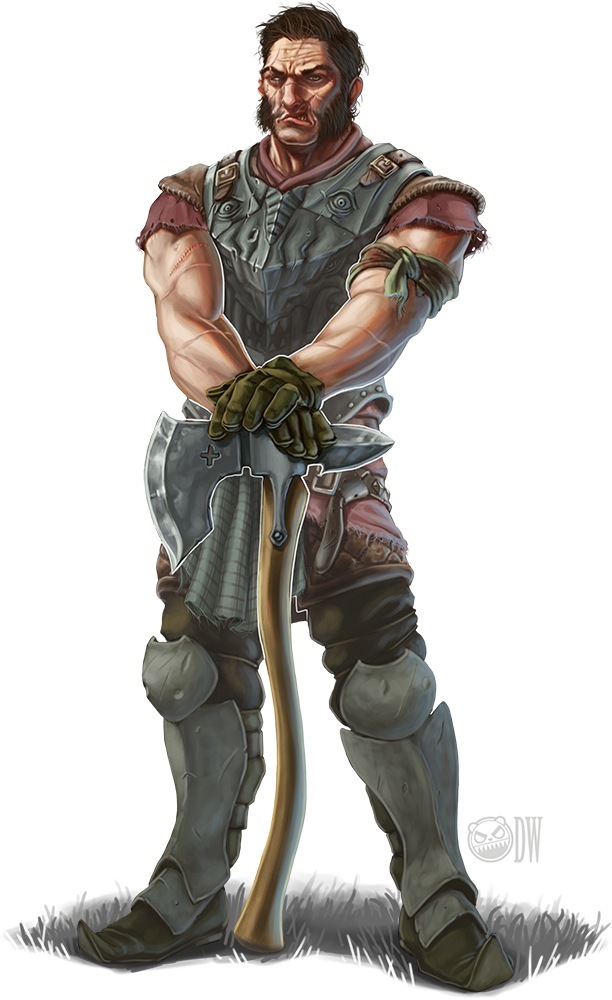