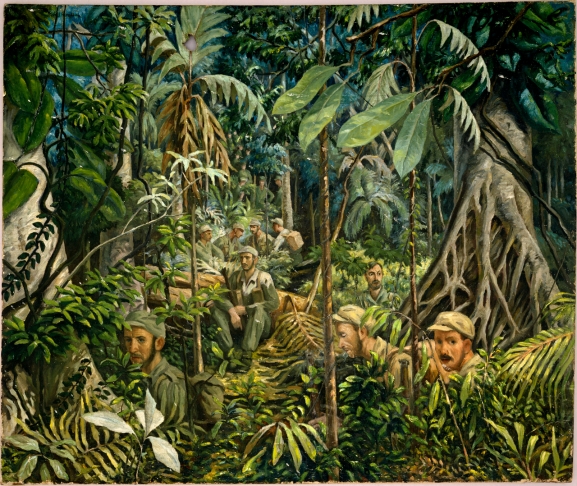 It is rumored that the Army wished to penetrate all the way to Garund’s western coast, and thereby conquer all the lands surrounding the Inner Sea. The Sixth Army of Exploration entered the Expanse from the east, via the Ndele Gap in what is modern day Nex and set up an outpost. Founded by General Erestos Marburran (leader of Taldor’s 6th Army of Exploration) nearly three thousand years ago, Limit is what remains of that small trade outpost at the mouth of the Bdonge River in the Ndele Pass. It’s named due to it being the final stop before exiting Nex heading into the Mwangi Expanse.

The army only made it as far as the ruined city of Nagisa before they were ambushed by the Gorilla King’s forces and were massacred in the jungle. The Battle of Nagisa was fought in 2089 AR by the Taldan forces of the Sixth Army of Exploration against the Gorilla King in the jungles of the Mwangi Expanse. The battle itself was a crushing defeat for the Taldans, as the Gorilla king and his followers, the Spawn of Angazhan, successfully ambushed the army at the ruined city of Nagisa. A handful of soldiers managed to escape the carnage, to report to the rest of world the horrors within the jungle. The location of the Ruins of Nagisa were lost in the mad rantings of said soldiers.

During the battle, the Taldan forces lost the Worldbreaker, the largest artillery piece ever constructed at that time. Taldor was never able to fully recover from this great defeat.