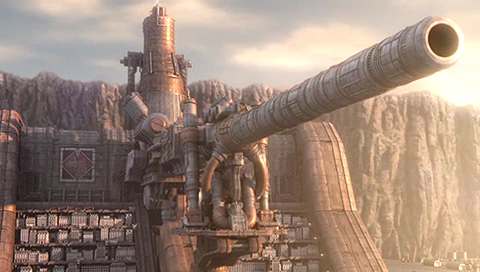 The Alkenstar Range Expansion is the name given to the new en-devour of the Grand Duchy of Alkenstar to increase trade.

Although responsible for over 90% of all firearms manufacturing in the world, Alkenstar lies within a desolate land known as the Mana Wastes. It’s only neighboring countries are Nex and Geb, both of which are powerful with arcane might and tax all trade routes from Alkenstar heavily. Normally this would not be a concern, but given the limitations on teleportation magic due to the location, Alkenstar is left with little option but to pay the taxes.

In the year 4712 AR, the Grand Duchy set forth a decree that they would cut a path through the Shattered Range mountains to their west and open new trade routes directly with the Mwangi expanse. It’s a bold plan that involves the use of the refined “Great Maw of Rovagug II”, an immensely powerful cannon of both alchemical and arcane nature. Although the exact date of “Breakthrough” is unknown, speculations put it in the 2-3 year range.

The news has started a veritable gold rush of factions all clambering for the opportunity to set up camp on the other side of the range. Controlling that territory offers a unique trade opportunity, as Alkenstar is an incredibly profitable trade partner.