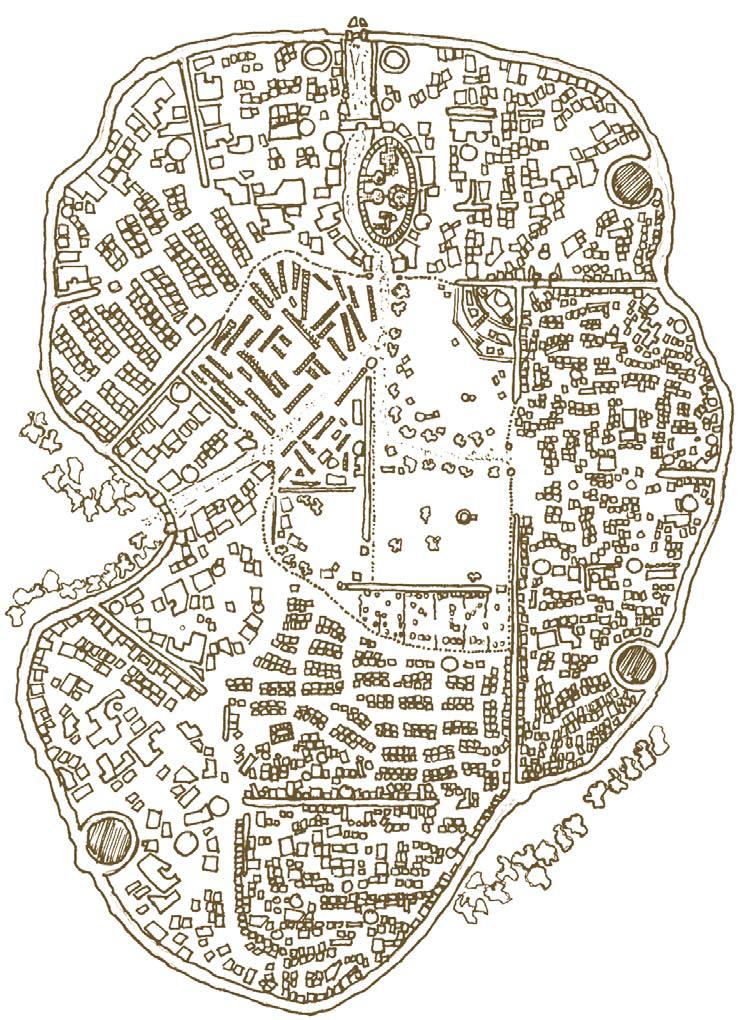 The indomitable walls of Kibwe stand as a bastion between humanity and the harsh and unforgiving wilds of the eastern Mwangi Jungle. Born from a conglomeration of indigenous tribes and foreigners, it remains the most ethnically diverse city in the Expanse, featuring tribes of humans, elves, giants, and even stranger beings like kobolds and lizardfolk. As a major trade nexus between the Mwangi Expanse and the eastern nations beyond the Ndele Gap, this city is a patchwork society built almost exclusively on mining and the steady influx of caravans. Its varied populations stake independent claims to the different sections of the city, where they practice their own beliefs and adhere to their own law. The city caters to no specific group, ethnically or culturally. Instead, a council of representatives loosely governs the city (and as a result, city policy tends to favor those ethnic groups currently boasting the majority of council representatives).

Kibwe began as a small trading post, established as neutral ground upon which caravans from the west and east could meet and exchange goods, as caravan owners could earn higher percentages by swapping cargoes and returning home than by actually undertaking the arduous journey all the way to their target markets. Instead, both sides were able to travel the portion of the route they knew best, and business boomed. Over time, Kibwe’s proximity to untapped natural resources also became apparent, and the land was quickly purchased by several companies that built permanent, more defensible structures. At first, competition between rival companies was fierce and deadly, and the initial colonies were almost wiped out. In the wake of this infighting, the indigenous peoples of the region and caravan folk who had set up shop here instituted various laws and guidelines to assure that the city’s ability to trade freely and maximize profits would never again be threatened. And in doing so, they ensured the ethnic freedom of all those taking residence within its walls, giving rise to the city’s diversity and a new wave of prosperity.

For the most part, Kibwe remains politically neutral. Its governing council of consists of numerous tribal leaders and foreign off icials appointed from each community. Larger clans are permitted more appointees, and therefore power shifts are common. Appointees are expected to adjudicate law with the interest of the city f irst, and their people second. Failure to remain impartial can result in execution, and thus deliberations are always well argued before decisions are made concerning the welfare of those from other tribes.

Of the foreign groups, the various trading company representatives may possess the most power. The power structure shifts frequently as companies build and lose profit (which also defines the amount of support they can muster or hire). Still, indigenous tribes retain a fair amount of political clout, as do government representatives. And while caravans come and go regularly from Kibwe, locals draw a clear distinction between themselves and the transient populations—and they have no problem taking the latter for all they’re worth. Bargaining is the highest art form in Kibwe, and the city’s most profitable local resources include diamonds, gold, and salt. Other less profitable resources include items like cattle, cacao, coffee, cotton, ivory, peanuts, timber, and wax, as well as countless foreign imports from east of the mountains.

Locations: Below are several notable locations in Kibwe.

Adayenki Pavilion: A broad sea of strewn f lower petals litters an extensive commons at the center of the city. A wall of huge tapestries, rugs, and skins strung upon thick totemic posts separates the Pavilion from the rest of the city. Predominantly used as a common area for religious services, the space accommodates extensive celebrations, such as community prayers and large ceremonial weddings. The blocks around it are devoted entirely to trade, with caravans and stalls offering bulk goods from every corner of Garund and beyond as traders seek to increase their margins by swapping cargo.

Aspis Consortium: The Consortium holds and maintains a defensible section near the western gate. While the majority of the citizens are distrustful of the company and its presence here is minor compared to settlements like Bloodcove, the Consortium has made considerable investments supporting Kibwe and its open markets. These include installing infrastructure, such as basic housing, as well as supplying developments with water and food.

Beykar Block: The Beykar control this block and use it to orchestrate the sale of slaves, despite the disdain of the majority of the council. While the Beykar solicit and accept bids from international buyers and arrange for slaves to be delivered to alternate sites, active slave-taking is outlawed within the city and the surrounding area, so Kibwe remains strictly a waystation for the Bekyar’s caravans and slave chains, not an active hunting ground.

Bwamandu Camp: This tiny camp is composed almost entirely of ex-slaves and torture victims fortunate enough to have escaped Usaro, along with their friends and families. Here they band together, creating a small ghetto dedicated to mutual support, both social and economical, as well as to plots against the Gorilla King.

Gold Refinery: Owned by the East Mwangi Mining Company, this area is where day laborers smelt gold dust from rock and turn it into ingots.

Miners’ Camps: Here entire families live in rows of shanties built from mud, thatch, and scrap. They come to eke out meager livings mining diamonds, gold, and salt. More than a few are missing limbs, as amputation is the harsh penalty imposed on those caught filching goods on the side.

Straggleblock: An increasing number of refugees, exiles, and outright criminals f ind their destinies tied to this sprawl of leaky, moldering hide tents, which shelter several hundred of the city’s most destitute.

Walk of Shrines: A single street lined on both sides with small churches and shrines dedicated to dozens of gods, spirits, and philosophies. Some are simple kiosks, tightly packed with small platforms for preaching. Others house small congregations. Fetishes hang in windows and interiors are kept cool with skin carpets and leaf-woven prayer mats splayed across the floor.

The Wells: Only in the last 2 centuries have settlers dug deep enough and often enough to supply all the city’s water needs with wells, making the city far more defensible should it ever face a long-term siege from outside forces.